Orbs are quite popular in light painting circles. Pun intended 😉. Every light painter I know has done it at least once. An orb is normally made by spinning a light while rotating on a vertical axis 360 degrees. That creates a sphere.

What I'm presenting here are actually 2 symmetrical quarter domes (half spheres) facing the camera. Normally you can see the backside of an orb as the lights make a full circle but here you can't. Doing it this way I create the illusion of an orb-like structure but one where the backside is not visible and where I have more control over the patterns.

On this cold night of February 2015 I used two lights on sticks. I waved both arms simultaneously in the patterns you see. On the first two shots I also drew outlines of my body. I then added a blue light on the ground, rotated the camera 180 degrees and lit the ground again. 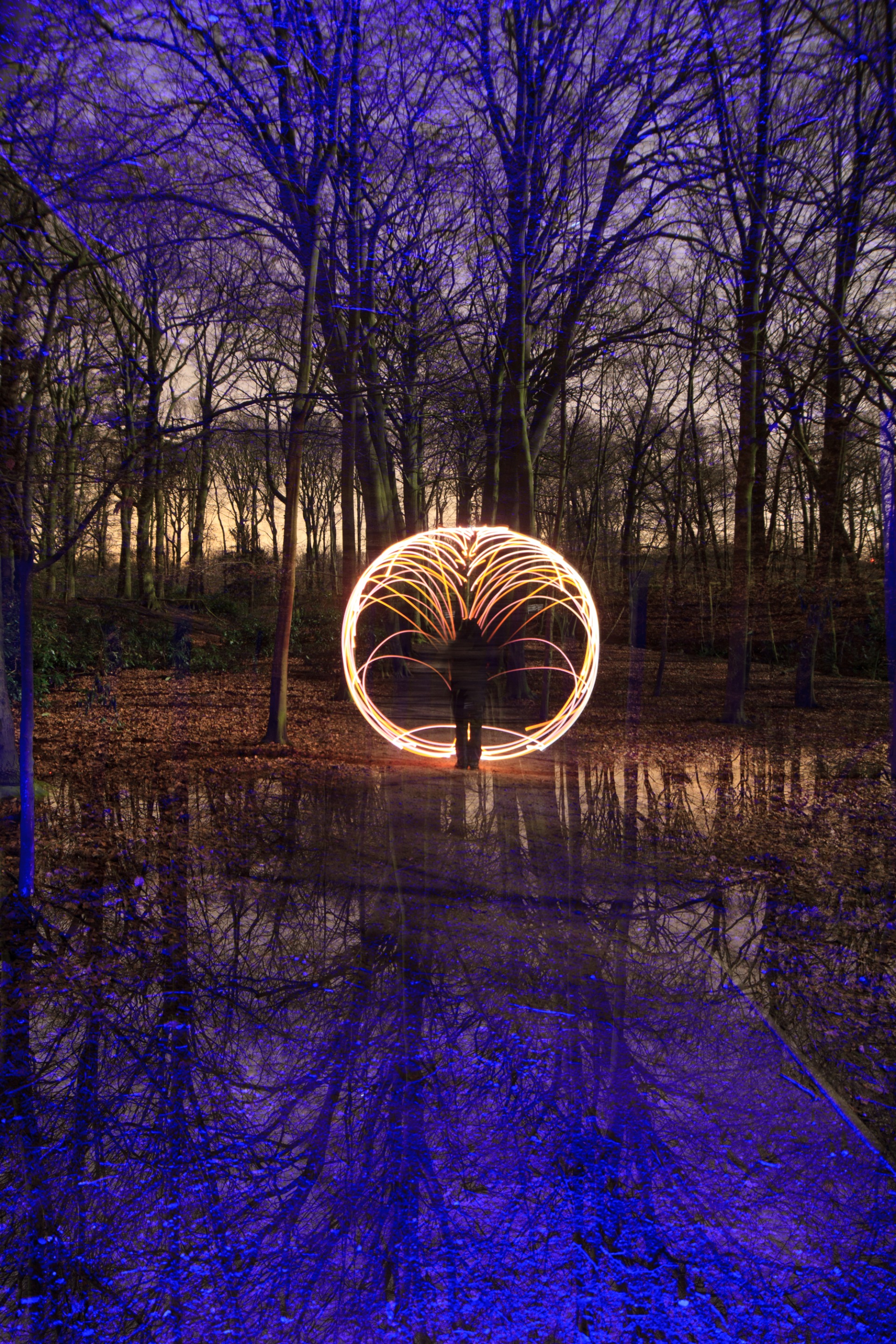