Last night my head was spinning with ideas. Too much coffee I guess. Instead of rolling in bed I decided to stand up and put one of those ideas into practice: make a camera rotation selfie with my 360 degree camera, the Ricoh Theta V.

I had considered doing this in a playground roundabout before but the office chair in my studio did the job very effectively even if I couldn't stand up. I attached the camera to a selfie stick and locked it in between my legs. I spun on the chair during a 5 second exposure and tried to be as still as possible while spinning. I had a LED strip with the rainbow colors still in place from previous shots and I put a Magilight on the ground loaded with a bitmap from a 360 light painting I had made a year ago. The blue steaks are from a light leak in my studio. It was already blue hour at this time. The leaks create interesting slit-scan photography effect as I explained in this post

This is the best shot of the morning in "rabbit hole" projection mode: These are two equirectangular alternative versions: 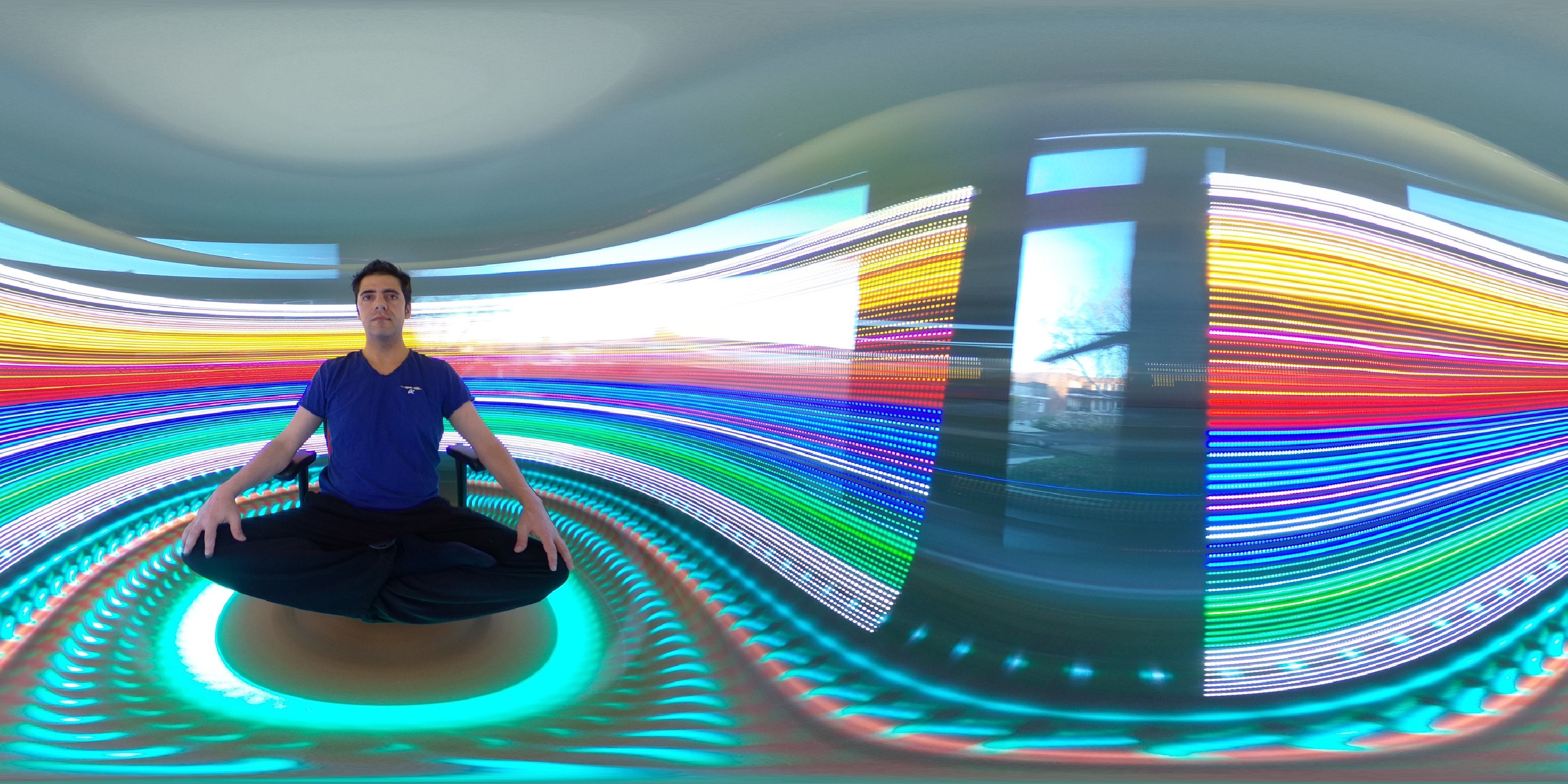 For more examples of innovative and original light painting please give my light painting comrades a follow: @fadetoblack @dawnoner @mafufuma @fastchrisuk @martbarras and check out our Hive Community Lightpainters United