My first 360 light painting was made in April 2014 before 360 cameras made life so much easier. I made 8 orbs of alternating colors in the middle of each frame and stitched them in Photoshop. The disadvantage of doing it this way is that the light painting cannot cross the different frames because they are taken at different times but an advantage is the enormous resolution of the resulting image. Just for fun I loaded that 100MP image in Tiny Planet FX pro knowing it would result in some distortion due to the fact that this is not a properly mapped equirectangular 360 image but apparently it glitches in cool ways: funky moire over a black and white image. I added a few more distortions (twist, warp and bulge) just for kicks. I have no idea what causes this as saving the file in much reduced resolution and 2:1 ratio made no difference. I like glitches especially if they're super high-res. 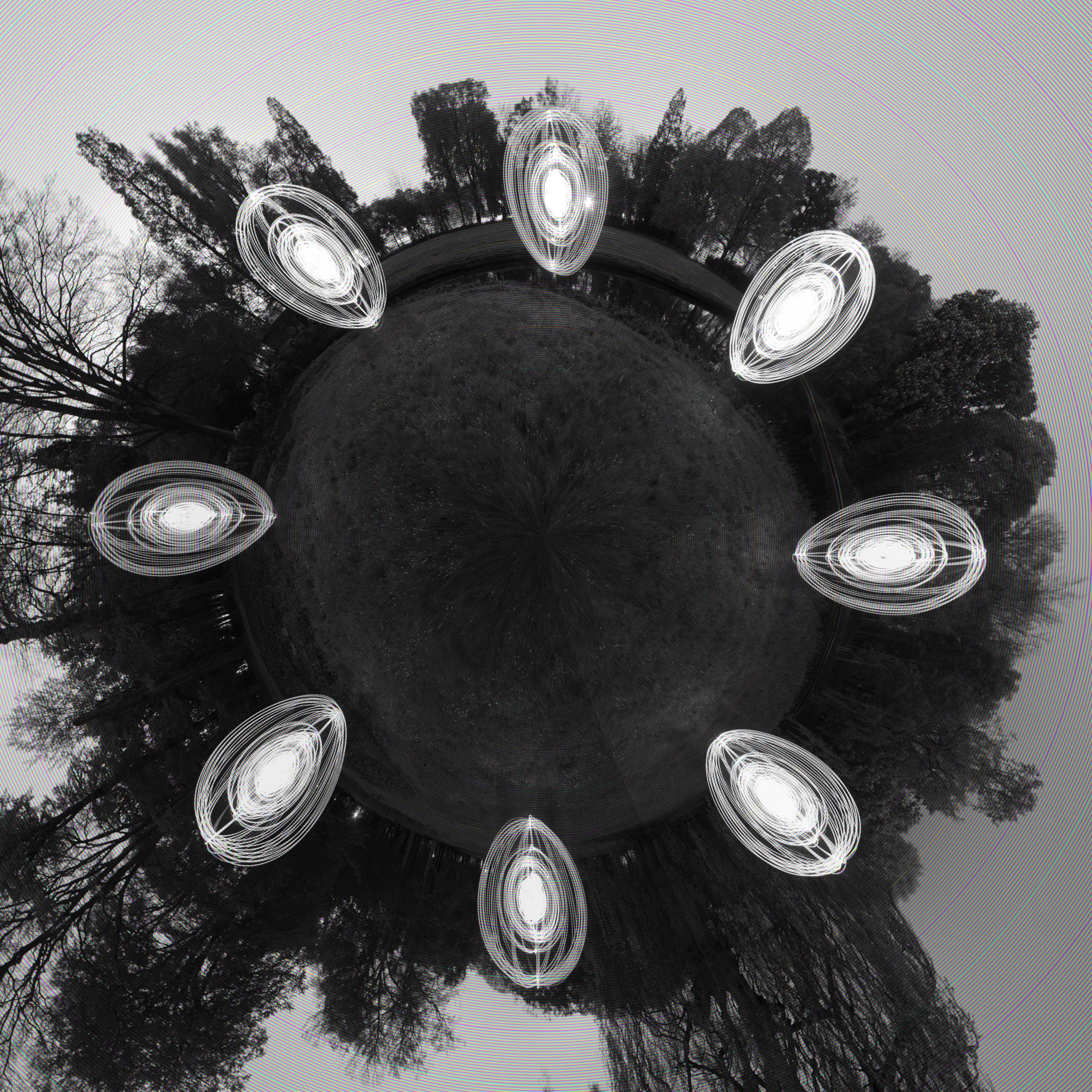