Tonight I finally got down to working on a project I've been procrastinating for a while: to make alternative light painting banners for the Lightpainters United Community.

@mafufuma created the banner we have been using since the beginning which featured a fine example of light painting with a 360 camera. I thought it would be cool to keep the theme and layout but change the colors to RGB and project it on a moving thermal blanket as I've done previously with 3D cross sections.

Since this is a 2D image I only needed to make an animation of a slit scanning the image sideways. I followed the slit with a patch of thermal banquet that I waved arround to create more texture.

After many failed attempts I was finally happy with at least 10 frames which you can see on the GIF above playing at 15fps.

At this point I was ready to test an animation of a 3D cross section of the Hive logo that I had prepared a week ago, combined with a slit scan of the text (see bottom). This time I projected the animation on moving holographic paper.

It apparently doesn't matter that the Hive logo is red as the colors from the holographic paper dominate and give this a very psychedelic vibe indeed.

I'd like to cordially invite every light painter, from beginner to advanced, to create a light painting banner for our community: calligraphy à la @dawnoner, stencils à la @stepko, lens swaps à la @fadetoblack and @fastchrisuk, you name it. Let's light up the buzz.

We have been talking about creating a contest with good prizes once we get more active users. This is not an official contest yet but contributions at this stage will only help make a contest inevitable and hopefully get more people inspired to participate in our beloved artform.

We're also on Discord if you have any questions, just want to chat or wish to become a verified member.
Login 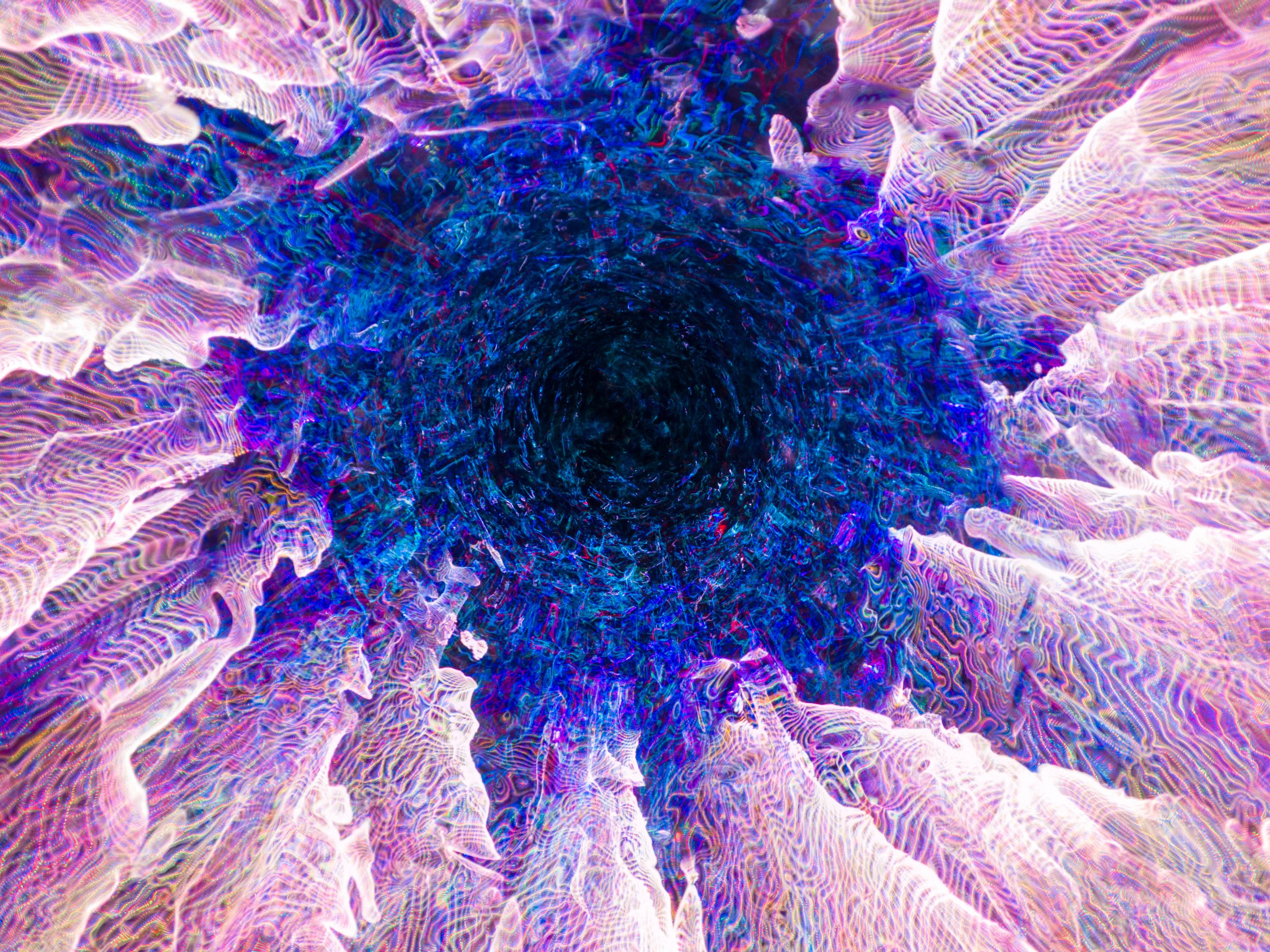