Projecting patterns on Spanish Bluebells. One could argue this is not light painting because it's just projecting an image on a scene. But it's not traditional projection mapping either because the projector is not static. To make the following shot I had to move the projector mid exposure to be able to project a wider area than the projector beam allowed, while still maintaining resolution and scale of the pattern throughout the scene. It's like painting with a light stamp. These two are made with a static projector with no action on my part during the exposure so they fall more under the projection mapping category than under light painting. 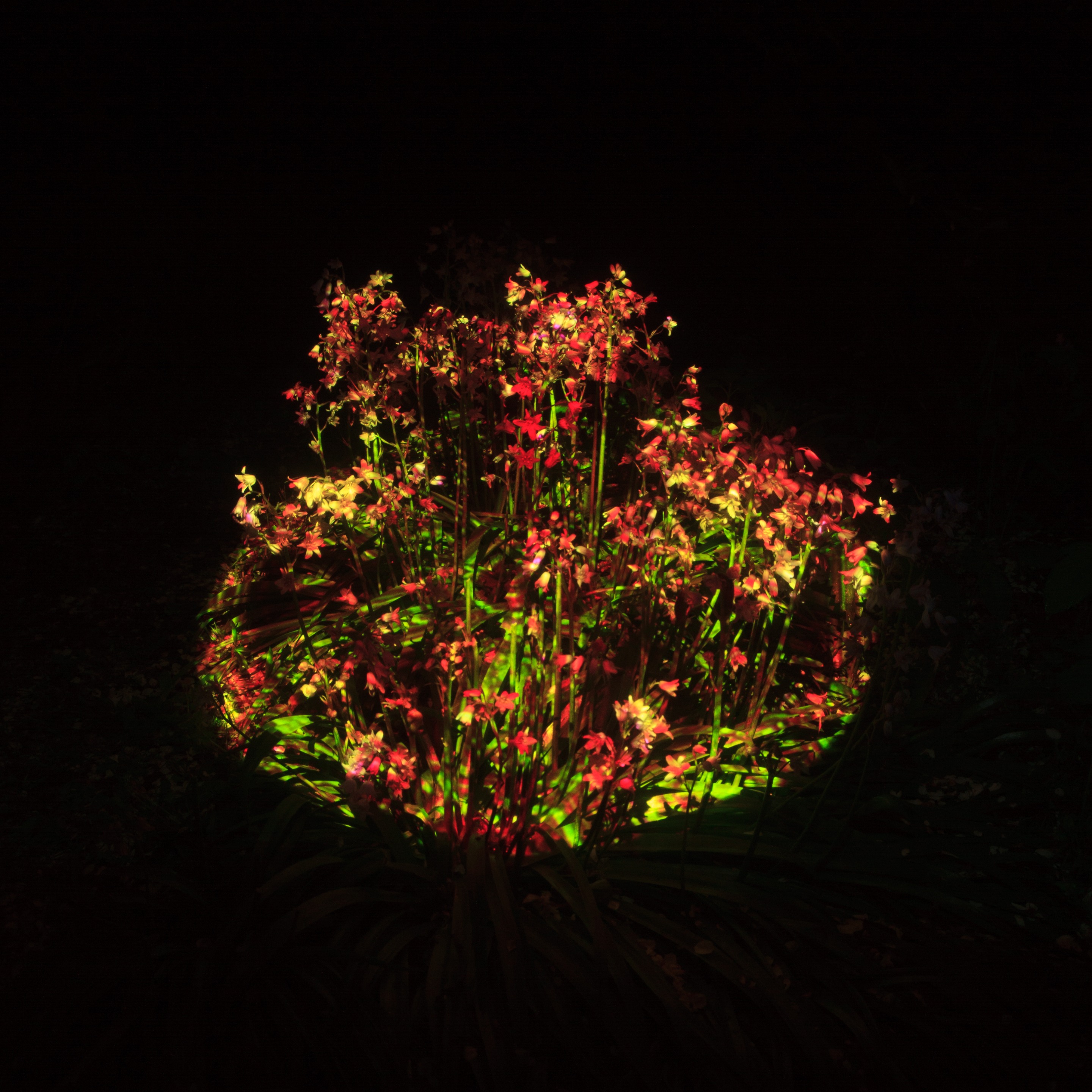