I published my first 7 posts on Hive on January 22, 2019. My second post entitled "Golden Eggs" was devoid of any text: it was just a photo and a cryptic title like the other 6 posts I published that day.

At the time I wasn't aware of the introduce-yourself protocol and that binge posting was seen as spam. Also, I had stubbornly been riding a wave of considering my language to be visual in nature and text was superfluous and outside the realm of what I wanted to communicate with my photos. I felt I didn't want to pollute my visual works beyond what a title already did. I got 3 cents per post and I didn't post again until a year later.

At the beginning of 2020 I got a delegation from @mafufuma and I saw other lightpainter friends were also joining. That motivated me to post regularly and in a more blog friendly fashion with accompanying texts, outtakes and equipment used. This year on Hive has taught me that writing even only a small "making of" or including a few outtakes gives the main photo more context and thus makes it more interesting. I already knew that. It's just that I wasn't feeling motivated by the likes of Instagram to share more than the photo and the title.

I still don't like to artificially add words to a post just to fulfill a word count quota that conforms to expectations. I feel like I write what needs to be explained and add an occasional association or interpretation if they arise. I still have much to learn regarding post presentation, format, encouraging engagement etc. but I feel I'm heading in the right direction. At least in a better direction than no text at all and a single photo per post.

To make amends on that anorexic post from January 22, 2019 I'm now publishing one containing the best 7 photos of that night in black and white as well as some background on how I made them.

It was June 2015 and I was keen on capturing the oval arcs supporting a highway above a canal near where I live. The problem was I was alone and the closest bridge to the other side was about 800 meters away. I had to leave the camera unattended in the middle of the night to cross to the other side. Once I got there, relieved my camera hadn't been stolen, I used a wireless remote trigger and a few tools to light paint as many shots as I could muster. Turned out to be about 50 before I called it a night.

Thank you all the votes and comments you've given me so far. I would still love to have more questions, memories, affirmations or negations. Compliments are always nice 😁 but constructive criticism is also very welcome. 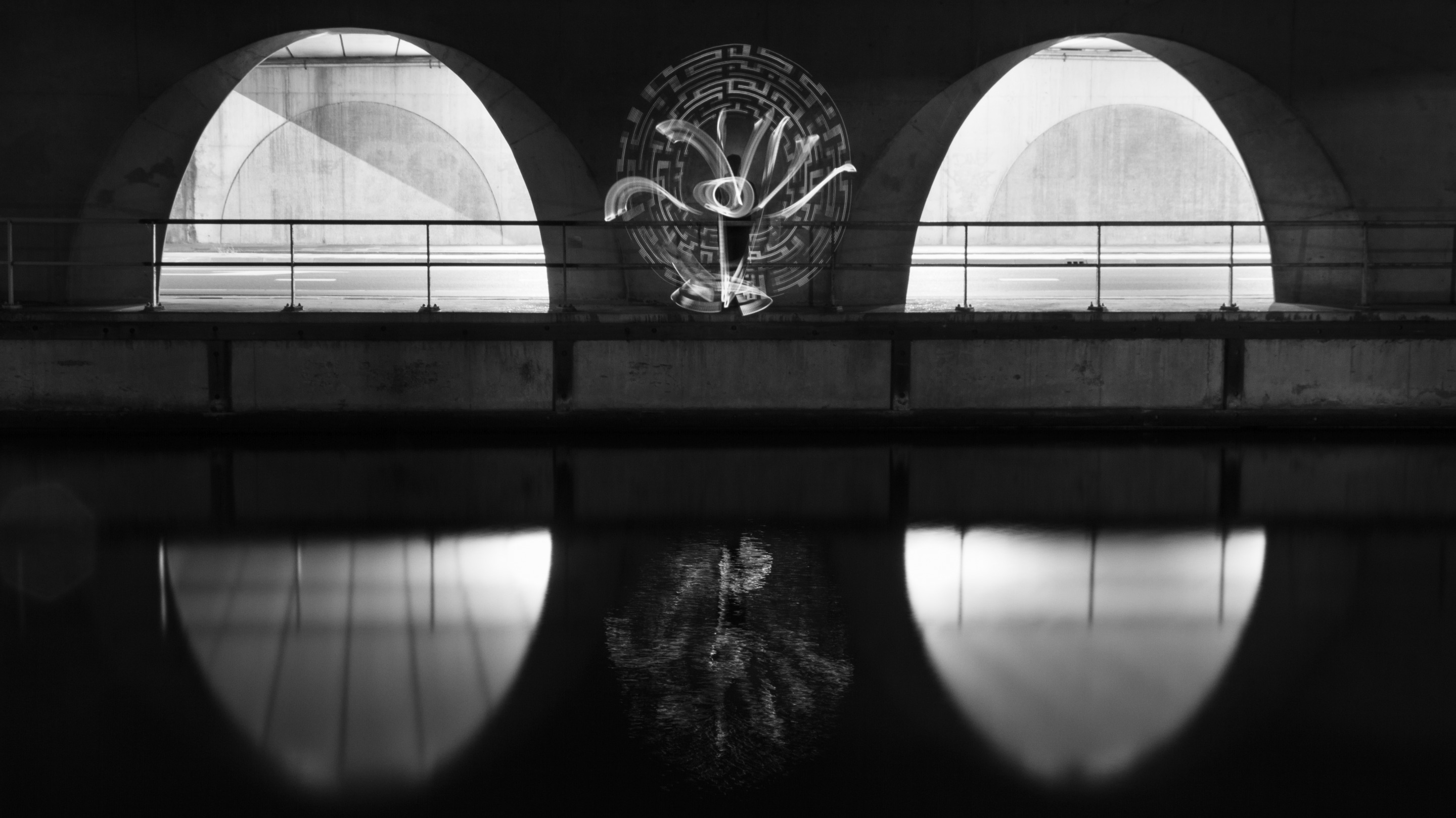 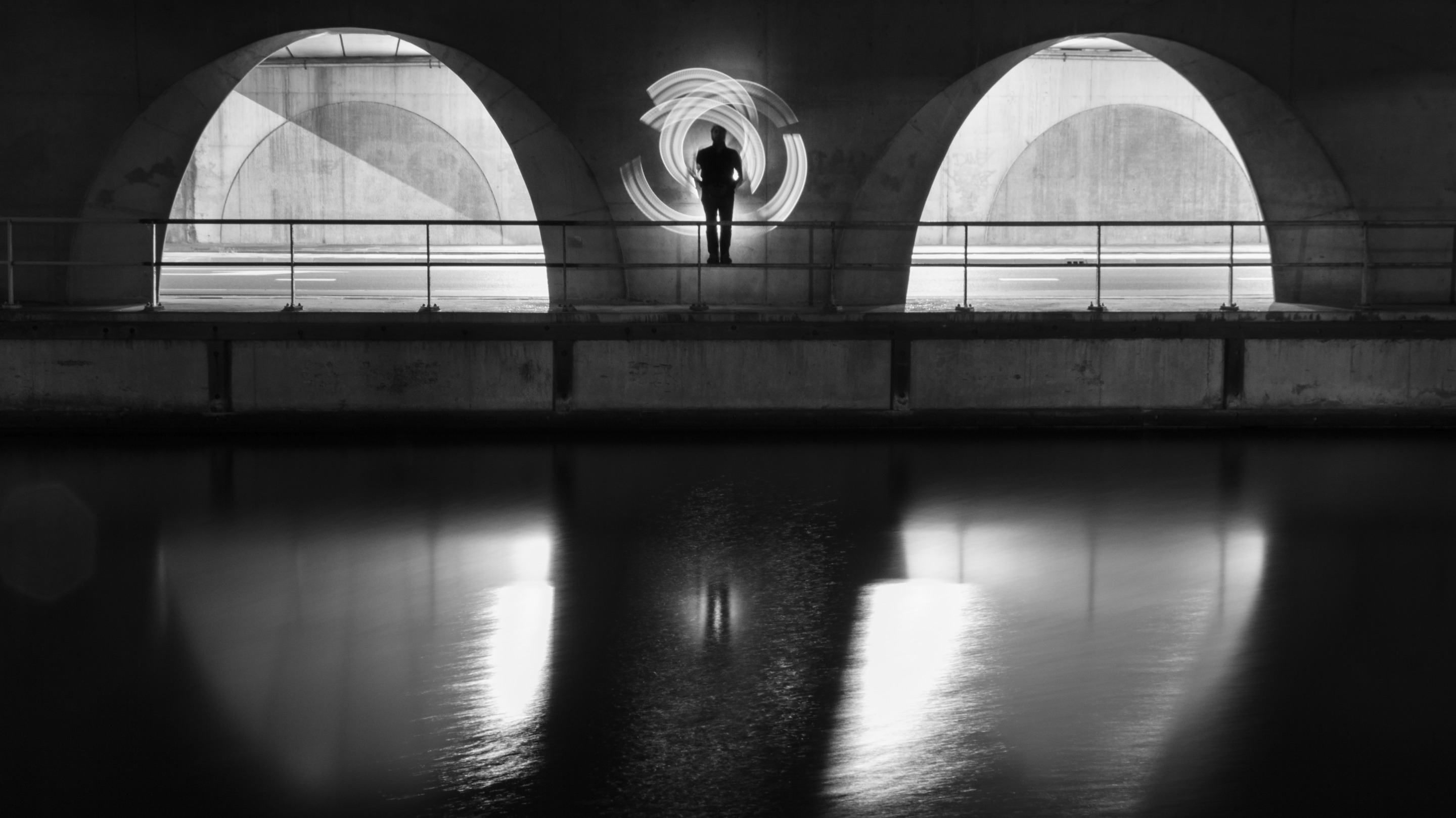 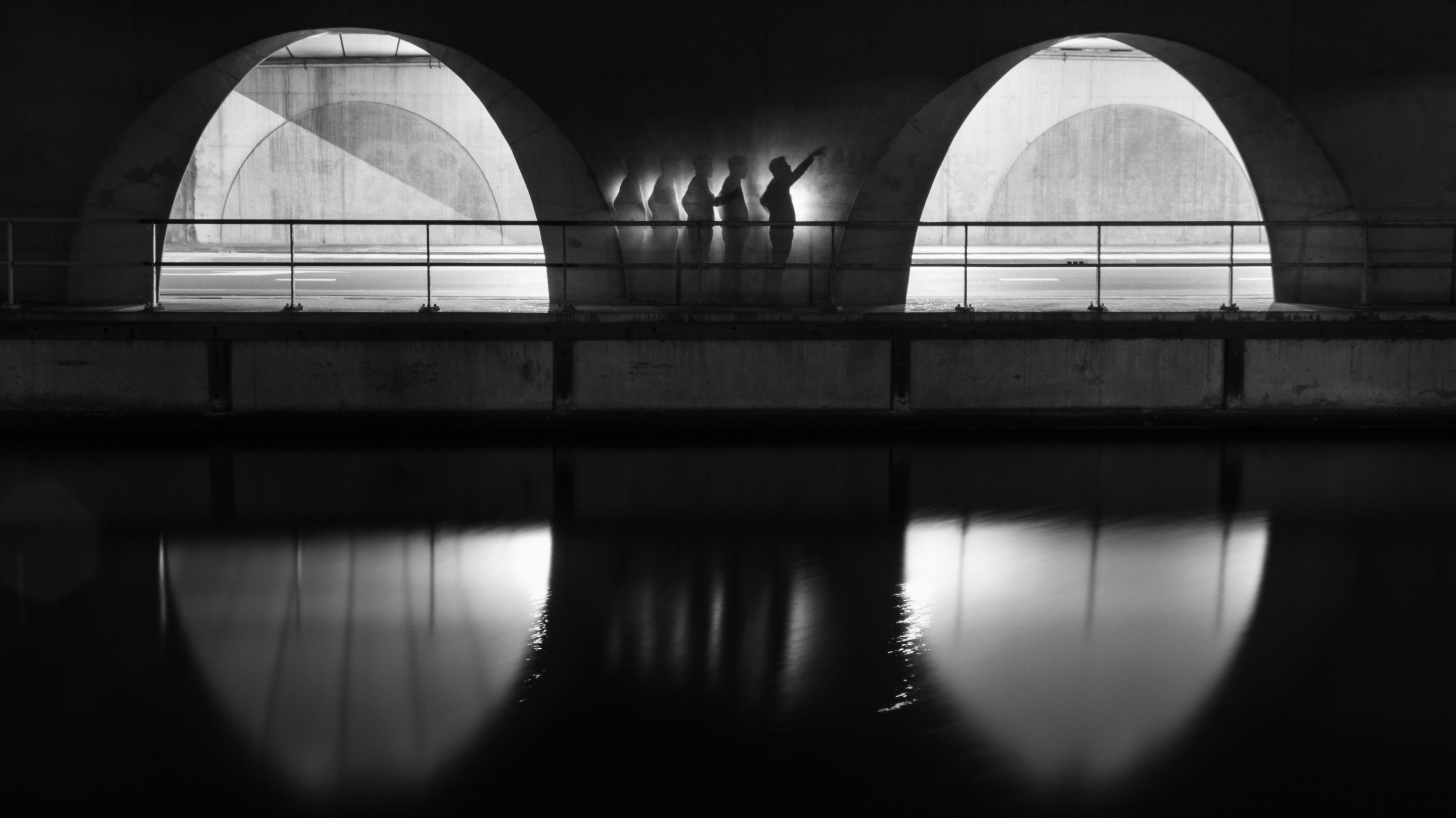 We're also on Discord if you have any questions, just want to chat or wish to become a verified member.
Login