Haagsche Bos, a public park in The Hague, surrounds Huis ten Bosch (House in the Woods translated literally), which is one of three official residences of the Dutch monarch.

This bridge is located right in the middle of the park. I like it because its arc is very pronounced which means I can place a light on the floor on one side and it will not be visible directly from the other side.

One slight inconvenience about this place is that because it's so close to a royal palace a visit from the police with their truck-mounted spotlights is not unusual. They're friendly though so not a big worry. Better them than the many drunken people coming through from the city center, especially in weekend.

Here I did a three way camera rotation with 3 color gels on a diffused light at the end of the bridge. I moved a reflective cloth on top of the light to get a bit more going on in the center but as it turns out the bridge itself did enough. 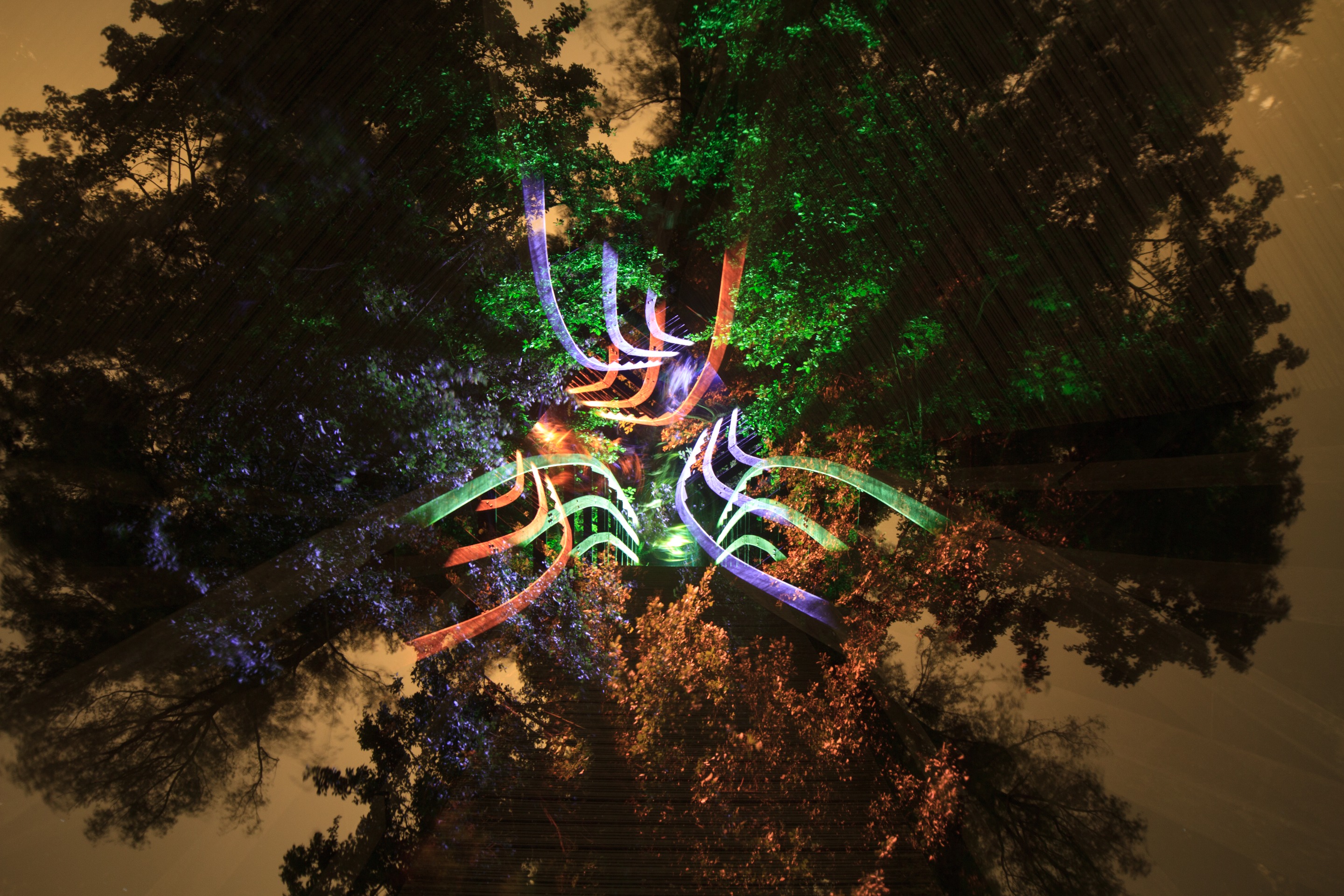 Here I put the camera closer to the light which meant it was no longer being obscured by the arc of the bridge, and let it shine between my legs. 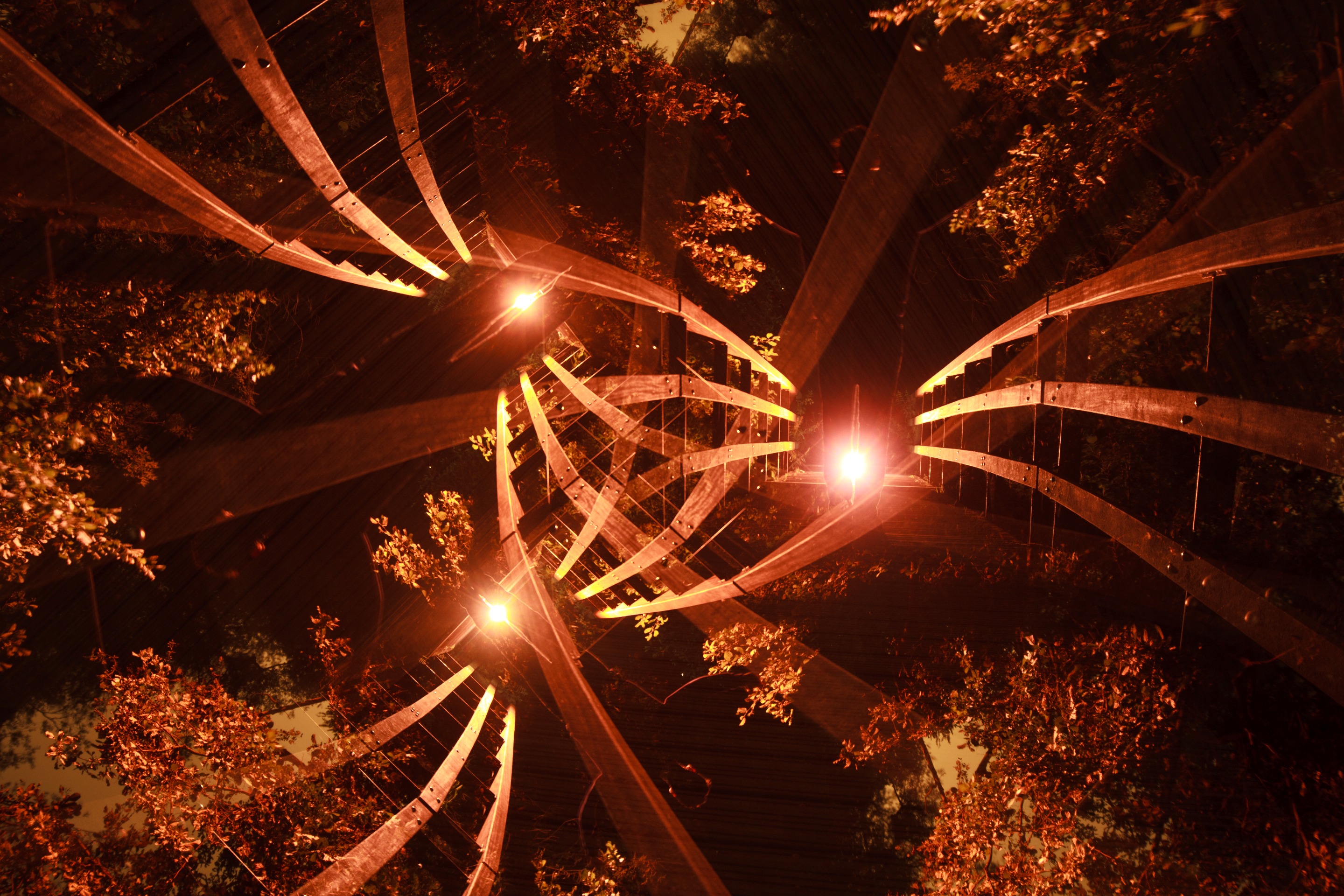 Here I decided to not do any rotation and light painted myself blue. I called this one spider sense at the time as that's exactly what it reminds me of.