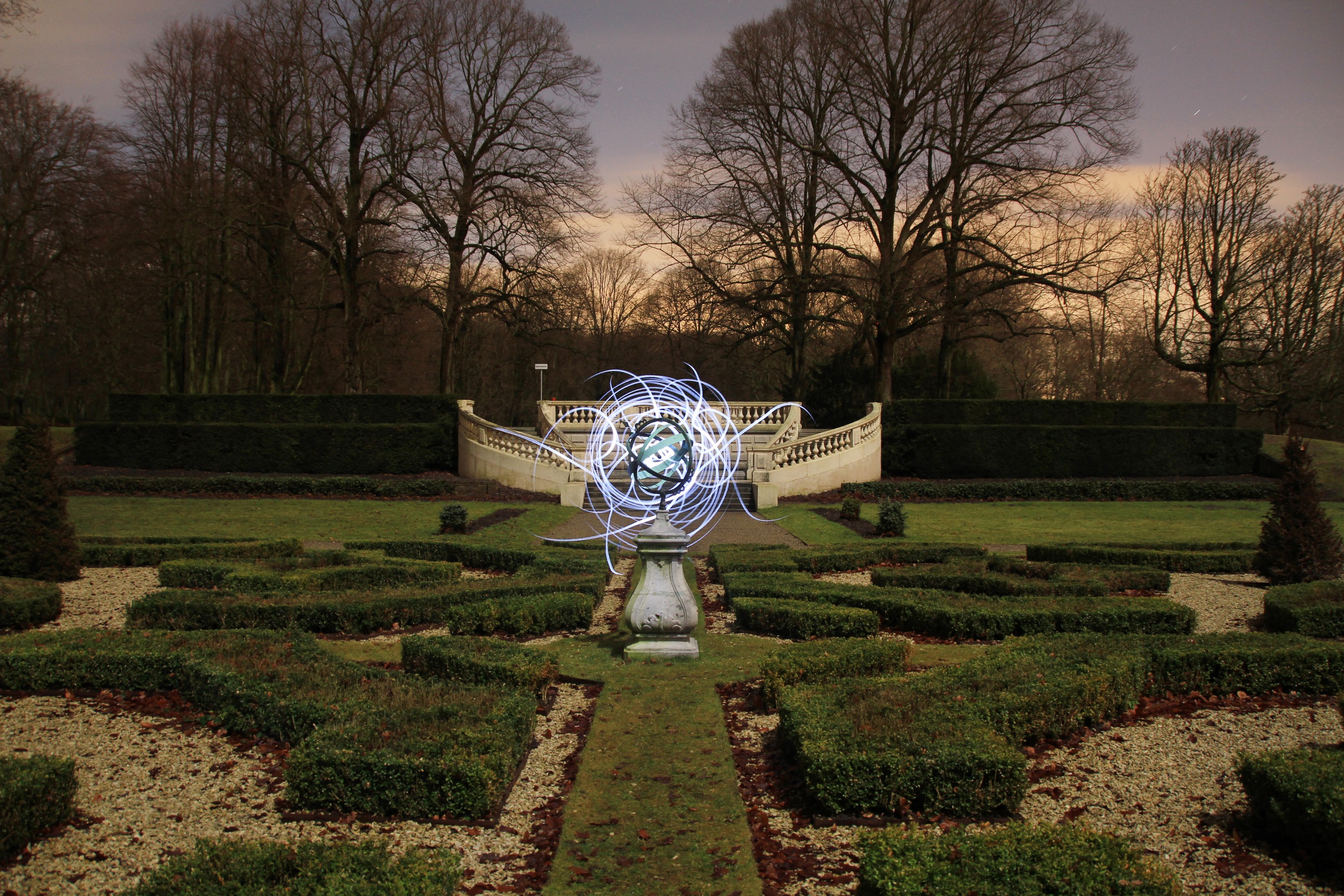 These were taken in 2017 when they replaced the stolen armillary sphere with one made of plastic. It hasn't been stolen since but it doesn't have the same lovely oxidized copper look as before, hence me just using its silhouette. From Wikipedia: An armillary sphere (variations are known as spherical astrolabe, armilla, or armil) is a model of objects in the sky (on the celestial sphere), consisting of a spherical framework of rings, centred on Earth or the Sun, that represent lines of celestial longitude and latitude and other astronomically important features, such as the ecliptic. As such, it differs from a celestial globe, which is a smooth sphere whose principal purpose is to map the constellations. It was invented separately in ancient Greece and ancient China, with later use in the Islamic world and Medieval Europe.